I just had a very nice catching-up with a client today in the Down Under Visa office. Video following shortly.

This was one of those Down Under Visa clients that I develop a soft spot for (and not just because he brought me what looks like a fine bottle of SA red!), but because it’s a man who was prepared to open his heart, home and life to his future-wife’s two little boys as well. The kids have been added to the Australian partner visa application as secondary applicants.

I’ll just share a few thoughts on Filipino kids which I shared with this couple today. 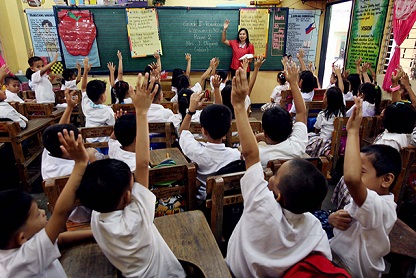 Note that there are plenty of single mothers in the Philippines. There are plenty of Filipino men who enjoy the romantic task of making babies, but are not too keen on the responsibility part. So, many a romantic young lady gets left high and dry with kids to raise by herself.

Leaving Filipino kids with the relatives

Lots of great things in Filipino culture, but I’m of the firm belief that kids should always be with their parents despite the tendency to leave them with relatives. I also married a single mum. Remy (child) was left in the province from 2 ½ until 9 years old while Mila was an OFW (Overseas Filipino Worker) in Hong Kong doing her best to make a better kids for her daughter. The relatives did their best, but she was semi-feral by the time we brought her to Australia on a Subclass 445 Dependent Child Visa. An auntie, an uncle and two ol’ grandparents shared the parenting role, but it meant the buck didn’t actually stop anywhere! “Where is Remy?” “Diko alam” (ie. “I don’t know”). She was very underweight. She slept when she wanted. She roamed the town. And she didn’t like being told what to do. She needed a mum and dad, and she got them in Mila and myself. We did what I think was a great job, but there were also insecurities to deal with from the feeling she had of her mum abandoning her!

Other relatives who did the same thing? Yes, and they are the kids who got into trouble. There are three nieces whom we have nothing to do with now. Two of them married complete morons after getting pregnant at a young age. They’re now trapped, and will live in poverty forever.

So please think carefully, OK? The relatives might be well-meaning, but kids need a mum AND a dad. And to me, nothing is more rewarding than being a dad. It’s probably the best thing a man can ever aspire to being. 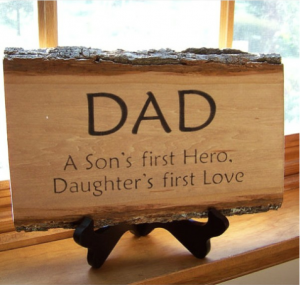 And on the issue of finishing school in the Philippine or matching up with school years finishing? Small issue, especially compared to the importance of them having a mum and a dad. (Please read THIS if you haven’t already)

I know all that stuff about “Isn’t it great to have a second language?” and preservation of culture, etc., and it probably is. But the main purpose of a language is that you can communicate. The kids will need to be able to talk to their new school mates, and will need to talk to YOU. Not easy being a dad in silence!

What we did when Remy arrived was we made an English-only rule in the house. Did she forget Tagalog or the dialect she grew up speaking? Not for a second! But what she did do was to rapidly acquire great English. She had a thick Aussie accent within about 4 months. Today it’s actually her natural accent, despite having been back here nearly 6 years with us. People would meet her and be amazed she never grew up in Australia.

Again, it’s about being able to communicate. You will have a lot of difficulty bonding as a family without all being able to understand each other. Australia is your Filipina wife’s new country, and it will be her kids new country. Need to get on with it! Kids look forward and not backward. Don’t try to hold them back. Let them become Aussie kids. They will anyway. Better that you help this process along.

Please note that whilst the Government like cashing-in on kids included in partner visas and prospective marriage visas, Down Under Visa don’t! Never charged a migration agent’s professional fee for adding kids to a partner visa, and I swear publically that I never will. The Government make easy money from their fees, but to me you can’t put a price on making a new family. And what better gift to the woman you love then to love her kids at the same time!

Brett and Riza - Two happy Down Under Visa clients
Advice forums, and applying for Australian visas yourself