Australian partner visa applications require the visa applicant to undertake a full medical examination (aka “the medicals”), and a chest xray. There will be a blood test for HIV/AIDS, and possibly one for hepatitis. Some tourist visa applications also require xray examinations where they are concerned about the risk of TB (Pulmonary Tuberculosis) which is prevalent in Philippines. 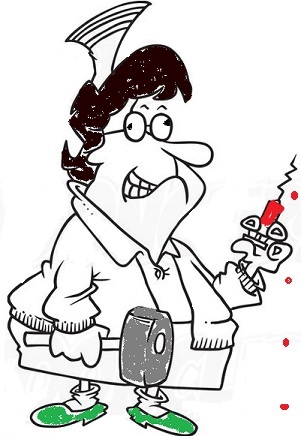 The visa applicant needs this, as do any dependent children whether they are migrating or not. Why? I don’t know, but they do. And this is set in law in the Migration Regulations, so there is nothing gained by arguing the logic (or lack thereof) of it.

And a dependent child is:

I won’t go into the reasons for Medicals or what they are looking for here. You can read all about it HERE.

Problems and misunderstandings with visa medicals?

Like anything that comes from a rigid system such as is the case with the Department of Immigration and Border Protection (DIBP) and Australian immigration law, of course there can be confusion and a few mistakes. The purpose of this article is to clear up a few common misconceptions and errors.

There are varying reasons for this, some valid and some not-so-valid because the applicant wants to save themselves the hassle especially when it seems pointless. Or otherwise there IS something wrong with the child, and the visa applicant doesn’t want to expose this to the Department (DIBP). Again, I have no logical explanation as to why non-migrating kids need medicals, but it’s set in the rules. You can’t just easily get out of it.

I’ve had a few applicants over the years who have said they can’t bring the kids because they either:

And in every time, the Embassy has followed up and wanting more evidence to support this. In most cases the applicant has ended up emailing me to tell me she’s already taken the kids for the Medical!

It’s not something they waive lightly. Please don’t ever think they will. And these days you could face refusal for false statements too, which is a very bad outcome. I’m not saying anything about anyone in particular, so I hope no one emails me and says “Are you accusing Emy Lou of lying??” This is just a general warning that there is not an easy way out of it.

If there is a legitimate reason, then yes they will normally waive that requirement, aka “issue a waiver”. But be prepared to need to back up whatever you say, and ensure that it’s all 100% true.

Want your own doctor or local clinic for a Visa Medical?

Can’t be done! They have their own authorized clinics, and that’s it. They don’t know your doctor so therefore don’t have any trust in your doctor. There are available clinics (known as e-clinics, eclinics) in Manila, Baguio, Cebu City and Davao City and that’s it. There are also clinics in Australia run (or authorized) by Bupa Pty Ltd who do visa medical examinations.

Want to get the Visa Medical done earlier?

Also can’t be done. A Medical Request is generated at the time that an application is lodged, and is issued with a “HAP Number”. That number links electronically with the application itself, so the results don’t go astray. So you need to wait for that.

Want to get the results of the Visa Medical?

The results of the Medical examination and the Xray examination go directly to Canberra. They go to the health section of the Department of Immigration and Border Protection known as the Medical Officer of the Commonwealth (MOC). Long-winded name for a number of people. It’s not a single, ultra-important doctor!

Note that the doctors and nursing staff at the e-Clinics love telling clients “We will call you when the results are in”, or something similar. All nonsense, I’m afraid. I suspect they do this to avoid having to explain 100+ times a day how they can’t give out the results, so they take the path of least resistance. Trust me, you won’t see the results.

You will hear something if there is an issue, and you will hear it a few weeks or a few months away.

It’s a slow process, and it’s designed to keep serious diseases out of Australia and to prevent Australia being burdened with the expense and the drain on resources that would result if they didn’t have a screening process. That’s the reason for the Medicals after all.