Do you need parental permission for a child to go to Australia?

Do you need parental permission for a child to go to Australia?

So that means that no children will enter Australia either on an Australian tourist visa or a permanent visa like a partner visa, prospective marriage visa or child visa, without the permission from any custodial parent. And this is taken very seriously, as it should be. Can you imagine how you would feel if you woke up one day and discovered that your child was now overseas somewhere? 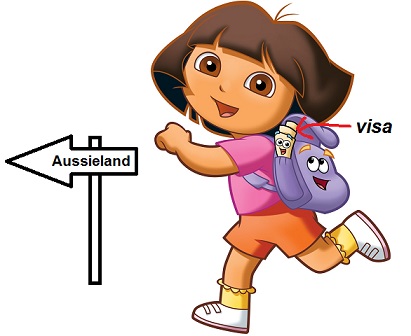 Even Dora uses Down Under Visa for her explorer visas!

Do you need to get permission from the child’s biological father?

A very real concern, obviously. And an issue that we at Down Under Visa are fully aware of. Not everyone wants to bring the children to Australia with them, and many don’t, but for those who want to bring the kids this is a major problem and one not to be taken lightly. You cannot expect the Australian Embassy or DIBP to look the other way over matters like this, or it would lead to an international incident.

But back to the question about whether you do need to get permission or not with regard to migrating children from Philippines to Australia. The following is an excerpt from the Family Code of the Philippines, and is from Article 176 of the Code:

“Illegitimate children shall use the surname and shall be under the parental authority of their mother, and shall be entitled to support in conformity with this Code. However, illegitimate children may use the surname of their father if their filiation has been expressly recognized by the father through the record of birth appearing in the civil register, or when an admission in a public document or private handwritten instrument is made by the father.”

What is an “illegitimate child” in Philippines?

This is an archaic sounding word, because it implies that the child is of no value. Children are highly-valued in the Philippines. Anyone who has been here can see this is very obviously the case. Yet the word remains in law, and refers to a child born out of wedlock. If the parents were not married together, then the child is considered “illegitimate”.

Makes no difference under Philippines Law. The child is still illegitimate. Unless the parents later DID legally marry and the child’s status was changed as a result, the child remains illegitimate in the eyes of the law here.

So do you need permission from the father of an illegitimate child?

Simple answer? No. No permission needed, because the biological father has no authority or custodial rights over the child. And the Embassy know this already.

What if the parents of the child were married before?

If the parents of the child, ie. the visa applicant and her ex-husband, were married before? Then the biological father has custodial rights and yes you most definitely DO need his permission. No permission, and the child doesn’t go anywhere. That applies to visits on tourist visas and to permanent migration with partner visas and child visas.

The only time this will not apply is if the court awarded sole custody of the child to the mother. But as with most countries, this does not happen automatically and it doesn’t happen easily.

And note that you will need written permission, using a Form 1229. It will need biological-dad’s signature, contact details and some form of ID. And you could reasonably expect that someone may follow him up to make sure the permission was given freely, and not without his knowledge or when he was drunk on Ginebra!

Fortunately, the culture of using the kids to punish the ex-partner, it’s unusual here in Philippines. Most of the time the ex will put the needs of the child first, and will know that the child will have a better life in Australia with a proper loving family and plenty of good food and a bright future.

When should the Filipino child come to Australia?
Happy Down Under Visa clients with partner visa grant - David and Cynthia