The Philippines is like most countries (including Australia) where you need to apply for a marriage license before you can legally marry. This is to stop couples from rushing in and making commitments that they hadn’t thought-out very well. We’ve all seen the movies where the drunk couple get married by Elvis in Las Vegas at the drive-through wedding chapel? This is to stop you being the star of the next wacky comedy! And you need a marriage license to apply for an Australian partner visa based on that marriage, which means you will soon have interactions with the Australian Embassy in Manila or Department of Immigration and Border Protection (DIBP) in Australia. 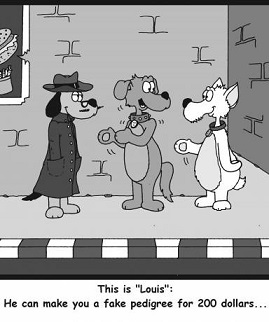 The purpose of this BLOG article is about the problems that can be caused by what you may call the “moral flexibility” in the Philippines. This is not a country known for sticking to the rules all the time!

This is a country full of nice people! Filipinos and Filipinas are kind and caring, and they don’t like being the bearers of bad news. Yes, there are issues of corruption and there are those who will do things for a hand-out, but you often find they would do it anyway because they hate to disappoint. Someone presents someone official in an office….be they an attorney, Government official, and even sometimes migration agents and OFTEN travel agents….with a problem? That person tries to fix it and to leave that client with a smiling face. Often noble intentions, but problems occur when this clashes with the Australian Government who hold fairly different views.

So what happens is they do something which looks good on paper and stands up to basic scrutiny, but in the long term the problem doesn’t go away? Once it hits the Embassy or DIBP, it becomes a false statement or a bogus document and a reason for a visa refusal and a three year ban. Public Interest Criteria 4020 (PIC 4020) in all its horrible glory!

Yes, it happens. Some Filipina visa applicants will contact Mila and assume she will “look the other way” or will find some fraudulent way to make a problem disappear. The assumption is that being Filipina she will “understand”, and will feel duty-bound to “help”. Not a chance! She knows better, and she knows fully well what the end-result will be.

How about Filipino migration agents?

I stand by the integrity of my profession. Most Registered Migration Agents like Down Under Visa are fanatical about following the rules and working within the law only, however just as there are “dirty cops” and crooked lawyers, there are dishonest migration agents. And there are also those who lack experience too, and may have only done a handful of partner visas in their careers and will give wrong advice.

And we have seen a few situations lately caused by bad advice which I can only put down to feeling duty-bound to be “helpful” and to always say YES despite the consequences. I’ve mentioned a few in recent BLOG articles which have caused nothing but harm to visa applicants in the longer term, and this is something Down Under Visa can never be accused of. We tell it to you straight, whether you like it or not. That’s what being a professional is all about.

Back to the main issue, now that I’ve had a bit of a rant about people trying too hard to be “nice”.

When you apply for a marriage license at the Local Civil Registrar (LCR) in the Philippines, it takes 10 days before you get it issued and you can legally marry. In Australia it’s 30 days. All very normal, and it’s to stop the aforementioned wacky movie scenarios with you waking up (sober) next to Honey Pie from the bar and hoping the ground would swallow you up. The waiting-time is set into law.

What happens when you discover this, and you realise that in 10 days time you are either in Manila waiting for your flight back to Australia or you are in fact back IN Australia?

The problems occur when someone in the LCR or the wedding coordinator or even the priest or the pastor suggests a simple way of fixing this. That usually involves:

The DIBP and the Australian Embassy in Manila are very good at sniffing out fraud. They’ve seen much worse than we’ve ever seen, and it’s their job to find it and act on it. And much as I would like to find a softer and sweeter way of wording this, and much as I DO sympathise with a couple who run out of time and desperately want to marry, telling untruths and giving false information on Government documents is considered extremely naughty in Australia. And Australia has no tradition at all of looking the other way, and it’s the Australian Government who gives out the visas.

How will they catch you? Simple math, and commonsense.

If you’ve done this? Please go and see a good attorney straight away. This is way outside of our area of expertise, and asking us to “please understand” your situation won’t change things. And if someone suggests this? Please don’t! Extend your stay in the Philippines, or accept that you’ll need to marry later. Don’t dig a deep hole for yourselves!

What is Down Under Visa doing during COVID-19 (Coronavirus) days?