Aussie control-freaks? Welcome to the Philippines

Aussie control-freaks? Welcome to the Philippines

Had to decide if this was an Australian-Filipina-relationship/in-the-Philippines topic or a visa-application/visa-preparation topic. Visas win out, because it’s vitally important for Australian men to understand when to be involved in matters in the Philippines and when to back off and keep a low profile. This is especially the case with control-freaks! 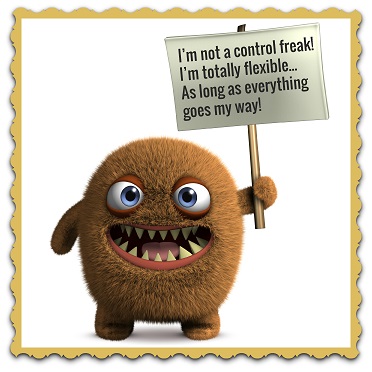 The control-freak overprotective Aussie man tends to want to get involved headlong, especially older Australian men who have been around the block a few times and have fixed their fair share of stuff-ups over the years. I’m not being judgmental. I’m also describing myself. I lose patience too, plus I like to know what’s going on and to have an input. But over the years I’ve learned to restrain myself and to take a more mellow approach.

I’ve discussed this in previous BLOG articles, both here and on FilipinaWives. White man……foreigner…..that means rich man to a Filipino. You walk in, and costs go up! Delays set in! Unfortunately this is what happens in the Third World. There’s a never-ending need for money, and corruption therefore exists. Foreigner often means “opportunity to make some money”, and apart from costing more this can cause further delays where otherwise none would exist.

You get married here in any Philippines town. Marriage license is issued by the Local Civil Registrar (LCR) at the local City Hall. They issue the initial marriage certificate, which they eventually send on to the National Statistics Office (NSO). You can ask them to expedite this, in which case you have the NSO marriage certificate in about 30 days. In one case I told Aussie Mr-Control to get his wife and/or family to do this. What happens? HE goes in. He emails me and says it will take 9 months!

Had another where the helpful chap said he would be in the court every day during her annulment hearing. I asked him if he wanted it to take twice as long and to cost twice as much? He got the message!

Issue Two – The negatives of getting angry with Filipinos

Aussie temperament is very different to Filipino temperament, and what works in Australia doesn’t always work very well here at all. In fact it can make things much worse!

“Hitting the roof”…..”spitting the dummy”….I’m sure I could think of a few more if I tried. All fairly well accepted in Australia. “I hope you gave them a piece of your mind, love?” “Hwoooarrrr, I really lost it today!” All quite normal in Australia when things go wrong, and fairly OK especially between blokes in Australia. Everyone spits the dummy sometimes, and then they cool down just as fast and it’s all smiles. It seems to get things done! Not so here in Philippines.

Try that out in a Philippines Government office, and you could find yourself tossed out by the guard or even under arrest. Abuse somebody behind the counter, and they will freeze up. Get too worked up, and you could literally find yourself deported and banned from ever entering the Philippines! I’m serious! You certainly won’t achieve very much, and you will embarrass the life out of your poor lady.

This is a country of NICE people! People smile and say nice things even when they are frustrated and annoyed. It takes a lot to make them really snap, and you don’t want to be around when that happens. If you want to achieve something? Be nice! Smile! It can work wonders!

Our driver occasionally gets stopped by the traffic controllers. Last time didn’t take the “must turn right” sign. Told the controller that he’d never been in Makati before and was lost, and didn’t want to get in trouble with the boss. No fine. No bribe. Was given detailed directions to get back on the Skyway. All by being nice.

And I needed an NBI Clearance earlier this year, which meant going to the main NBI office down by Manila Bay. Busy as busy, of course! Told them I had a bad back (which I do!), and I was in and out in 15 minutes! No bribes. No obstruction. Just being nice, and watching them shift me to the head of the queue.

What can you do to help the visa application process? Give your Filipina lady your support. Give her encouragement. Give her a bit of a hurry-up sometimes, as that laid-back and relaxed approach sometimes needs a rocket put under it! Organise, by all means. Give directions and clear instructions. You can still do all of that! Just know when to slip into the background, and don’t assume that the Aussie way works just as well in the Philippines. Accept the things that you will never understand!