I think most reasonable Australian men are supportive of measures to protect vulnerable women and children who migrate to Australia from Philippines with partner visas (spouse visas and fiancée visas). But how does the Department do this?

The Department of Immigration and Border Protection (DIBP), formerly DIAC (Department of Immigration and Citizenship) brought in provisions to protect kids from sponsors with a history of violence and sexual abuse of minors back in 2009, with the requirement of police clearances from the Australian Federal Police (NPC or National Police Clearance) when kids under 18 were included in Australian partner visa applications. 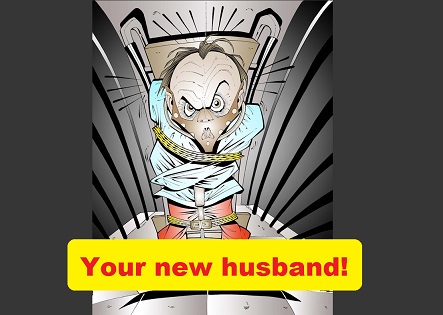 This move was largely welcomed by Australian men, as we never heard a single objection from those who had to do this. We’ve been making these requests of our Australian sponsors since 2009 without issue.

One of the issues identified recently was that whilst kids have been protected from pedophiles, and the applicants themselves have long had to supply police clearances (aka “penal clearances”) from all countries where they’ve lived for 12 months of more, they’ve never scrutinised the sponsors themselves in order to protect vulnerable ladies arriving in a strange country without backup support from family.

It doesn’t take much to imagine how it must be like, especially for the less sophisticated ladies with less than perfect English, if they found themselves with a violent or abusive man. New country. Unfamiliar surrounds. Not knowing anybody. Plus, having a fear of dealing with the police! Yes, the Philippines has the CFO (Commission for Filipinos Overseas) running pre-departure seminars for partner visa holders migrating to Australia, but it would still be much harder to deal with than if she were an Aussie lady.

On reflection, we’ve had at least one case that we know of where a sponsor had a history of domestic violence, and the lady went through a fairly rough time with him. And there have probably been a few others cases too where we didn’t hear about these things. Changes have been put into place to minimize the likelihood of this happening, and this has to be a good thing.

What it means in short is:

They use this information to work out whether you need a police clearance from any overseas countries, as well as the National Police Clearance that you now have to supply. From these police clearances, they will see if you have a record of any serious offenses involving violence, sexual assault or sexual predation.

So this is the reason for the extra scrutiny. Well worth the effort, I would think. Safer ladies, and less fear of the unknown. Has to be a good thing!

More reading on the new measures