Here at Down Under Visa we assess every visa application before we take it on. We have a NO button on our assessment form, and I would hit that button every single day. Some cases are weak, and we don’t want to take them on. We make enough of a legitimate income without having to waste peoples time and hard-earned money. 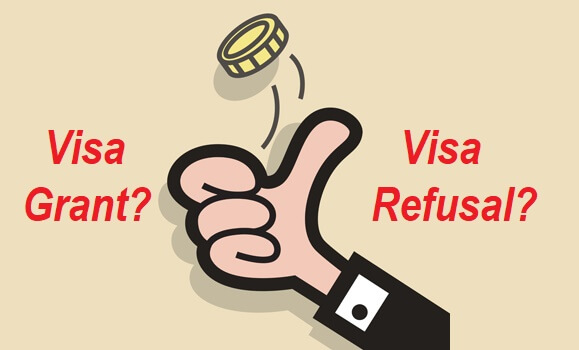 If a case is weak and if the decision-makers, ie. the Case Officers at the Australian Embassy in Manila or at the DIBP in Australia are not convinced that your case meets the criteria in the Migration Regulations then they will refuse the visa application. That’s their jobs. And our job is to tell you of this risk.

The point is though, I really detest visa refusals. Hate seeing them, and I know how disappointing and shattering are to clients. No one ever takes it well, because they have so much emotion built into the outcome. No one says “Oh, well. That’s how the cookie crumbles!” They want to be together, and their dreams have been crushed.

Can I tell you that Down Under Visa never get refusals? No, of course not. It would be like asking a doctor if he never lost a patient or a lawyer if 100% of his clients were acquitted in the court. Our success rate is remarkably high, but refusals can and do happen. Yet I’m still never OK about it.

How do Down Under Visa ensure a low number of visa refusals?

First and foremost, we do what all honest and ethical Registered Migration Agents should be doing, and that is to tell the truth! We tell the truth if an application is completely hopeless, and we tell the truth also if a case is weak and we think it has a high chance of refusal.

If it’s hopeless? We would risk our Registration by taking it on, which is another splendid example of why you should deal with a REGISTERED Migration Agent and not with an opportunist. We have to know the law and we need to follow the law, and lodging hopeless cases wastes the clients time and money, and also wastes the Department’s time.

If it’s weak? Most of the time I just tell people bluntly. The sister who wants a holiday, but clearly has no good reason to return and plenty of good reasons to overstay? I tell people I’d give it about a 50:50 chance, and leave it up to them. The couple who have known each other for a month? I tell them to wait and let their relationship develop. I tell the same to those who haven’t met in person.

Does everyone take what I said well? No. No, I wouldn’t say that. Many are disappointed, and either think I’m wrong or that the Government has no right to set rules about who can and who can’t enter the country. Well, actually they can. And it’s written in the Constitution. But yes, they are disappointed. And I’m sure some go elsewhere and find someone who agrees with them, and some try themselves. All OK with me, because I would rather have a clear conscience.

And what about those weak, but not hopeless, cases that we do take on? What then? Well, yes sometimes we try anyway, because the client is insistent. Sometimes there are desperate. They want to see a particular relative, despite the risk of it being turned down. Or I’ve had very rare cases where a couple haven’t met in person because the sponsor can’t travel due to health problems and I’ve relented.

Is Down Under Visa happy to take on those cases? No, not really. Jeremy in particular usually groans on those occasions when we do, because he’s the one at the coalface who deals with incoming documents and evidence in the office. Sometimes despite explaining the risks and insisting on specific extra documentation to strengthen their case to the Manila Embassy or the Department, it can be like pulling teeth! And if the application gets refused, who cops the blame? Yes, always us.

Hence my reluctance, and hence me more often than not saying NO when a visa refusal is highly likely. The best outcomes are those when the client appears 3 months later telling me he followed my advice, and that he and his Filipina lady are ready to do that tourist visa application or even a partner visa application. Hey, if you’re sure and you’re committed? Why get a tourist visa?

If you insist on trying to get a visa despite our advice, realise that we will make our opinion clear to you and we will even get you to sign a letter of advice that will state that you and Down Under Visa understand and acknowledge the risk so there will be no misunderstandings if it doesn’t go the way you want it to.

Not sure if you have a strong case or not? Get an online visa assessment of your case. It will take you five minutes, and it’s free! www.downundervisa.com.au/visa-assessment/

"Eligible" New Zealand Citizens
Do we need to meet in person to get a tourist visa from Philippines to Australia?

Online Weddings (Utah) – Registering the marriage for the CFO! 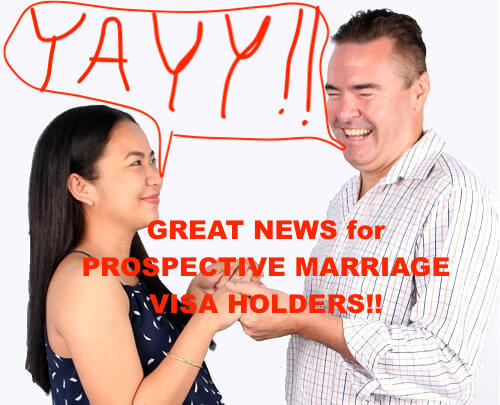