The parliamentary term is “disallowed”. This was a change to the Migration Regulations done by the DIBP themselves, and it didn’t need to go through parliament. But Senators are allowed to move motions to change actions like this, and in this case they did. It was moved by Greens Senator Nick McKim, and obviously enough good Senators followed their consciences and voted to support the motion.

What it means is that PIC 4020 will still exist, but will go back to how it was before the November 2017 changes. 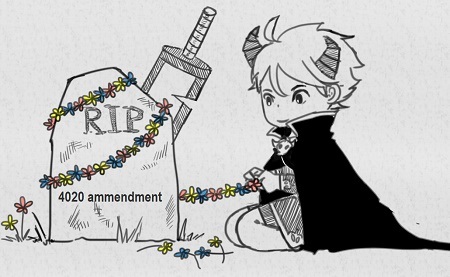 It means that visa applications containing:

May lead to a 3 year ban from making further visa applications if these are deemed to be material particular to the case, which means likely to affect the outcome whether intended or not.

The Department will also look at applications made and granted over the last 12 months, and if they find false statements and/or bogus documents exist in these visa applications, the Regulation and ban will also apply.

What happened to 4020 in the Senate today?

The changes are gone. It’s back to what it was. Firm but fair!

So still watch out. You are still just as obliged to be scrupulously honest in your visa applications. Don’t try to lie, cheat or scam. You will get caught, and you will pay a harsh penalty!