There is a huge difference between how the school system in the Philippines works compared to the Australian school system, and it can cause headaches and unnecessary stress when a visa applicant from Philippines has a dependent child (or children) that they wish to bring to Australia on a partner visa. The stress is caused by trying to match an Australian visa grant to the fairly inflexible school system in the Philippines. Your partner visa application from Philippines to Australia? Your whole future depends on it, and as I always say “Visas are grants……not rights!” You need to work around what the Department decide, and not the other way around. As I will explain? Timing of changing schools actually doesn’t matter at all. 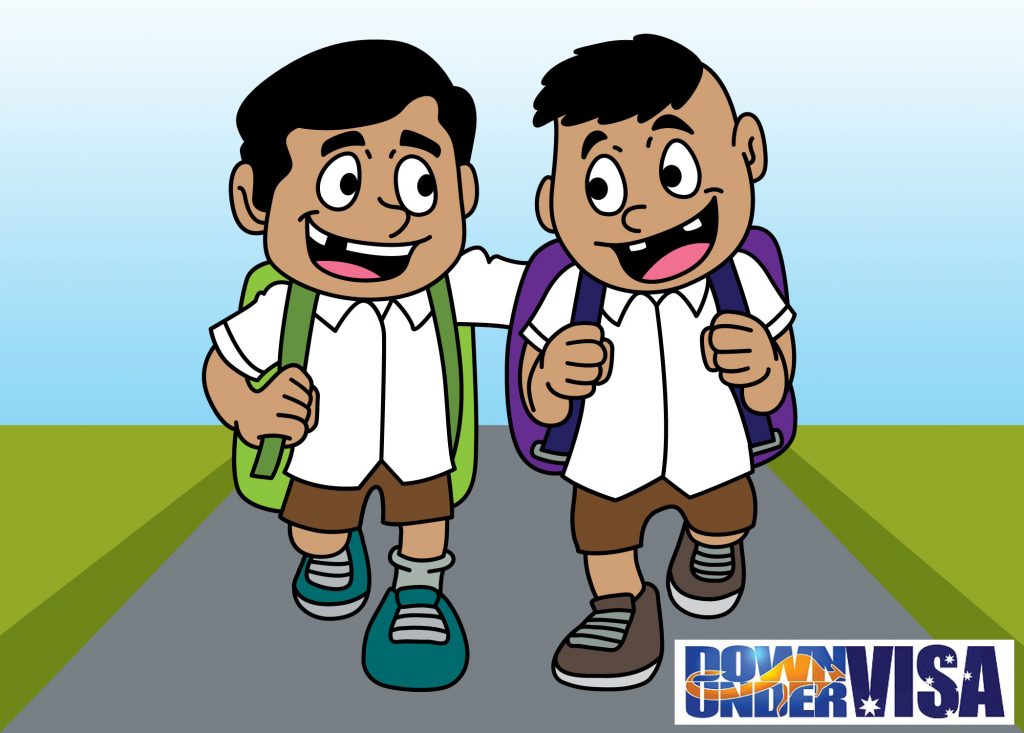 A bit of an explanation for the benefit of Australians who don’t know how it works, and probably can’t work out what the fuss is about.

The Philippines school year ends sometime in March and the new year starts sometime in June. Every school has slightly different dates, but that’s close enough. Very different to the Australian school system. The kids in Philippines have a long “summer” vacation, and a few short breaks in the rest of the year.

If they transfer to another school in Philippines?

In Philippines if the student doesn’t finish that school year, they repeat the whole year!

They need to have documents from the previous school showing their level of attainment. They need a Certificate of Good Moral Character. They need to sit an entrance examination. And they will need to pay that entire semester’s fees, even if they enrolled in the last month of the year! And this is a big issue and expense to the average Filipino.

Therefore your Filipina lady will often be fairly emphatic that she wants the child to complete the school year. And ideally they want to migrate sometime in April to give enough time to settle in and to enroll in time in a good school in Australia. We get requests all the time if we can time the visa grant for around the summer vacation, or we get those who decide to bring the child later all because of school year timing.

My daughter Remy arrived in Australia when she was nine years old, and it was at the end of November. We went to the local public school to sort out enrollment so she could start after the Australian Christmas school holidays. That’s what we thought!

Talked to the principal about our plan. “No, definitely not!”, she said. Said she would worry all over the holidays, so better to get her started immediately. Got her a couple of uniforms from the ladies downstairs. Next day, took her to school. She’s worried that she won’t be able to sing the Australian national anthem (seriously!) Three girls were waiting at the gate when we arrived, and they whisked her away somewhere before we could even get out of the car properly.  Oh, well!

She was the star because she was new. Made instant best-friends. They put her into the same grade as she had been in. Was beaming when we picked her up, and couldn’t stop talking about everything that had happened!

After the school holidays, she went straight into the next grade. I can’t remember them asking a lot in the way of paperwork from us. The emphasis was on getting a child into school with the minimum of fuss and stress especially for the child, and for us it worked really well.

What should you do?

OK, I won’t get caught trying to give out a comprehensive guide to enrolling Filipino kids in Australian schools! Nor can I tell you how to get a tax file number, drivers license or advise on dealing with Centrelink. Not my area, and we don’t have the resources to keep up to date with things like that.

Go to the school where you plan to enroll the child, and ask them what you need. You will most likely need:

Again, ask the school what you need! Every state and territory in Australia has it’s own Education Department, and private schools have their own rules too.

And discuss fees with them too. From my very limited knowledge, these differ a fair bit between visas.

So, does it matter what time of year you enroll in an Australian school?

Well, obviously you don’t try to enroll in the middle of the Christmas holidays, but as long as the school year is still happening you will find them pretty accommodating.

Any issue with not finishing the school year?

No, definitely not. They will assess the child and will put them into the grade where they will do best. Schools differ in academic standards in the Philippines. Even some of the private schools can do a bad job, and an overcrowded and underfunded public school will produce undereducated kids. If they feel the child will struggle, they will probably put them down a grade. If they’re very smart kids, they may even go up a grade.

Should you try to aim the visa to match the school year?

Even if I thought it mattered (which it doesn’t!), I would have to say no because you simply can’t do it! Visas are grants, and the Department operates to its own timetable. The visa application is processed when it’s finished processing, and that’s it. If it’s quick? Then it’s quick. If it’s slow? Then it’s slow. If its timing matches the school years, then all fine. But neither you or I have any control over that whatsoever.

So if the visa is granted in June or July then accept that the child will not finish that school year in the Philippines and will start in the middle of the Australian school year. And most importantly?

It doesn’t make any difference at all! It’s of no significance!

Forget about school years! It’s meaningless in Australia, because they will adjust. The child will fit in and will pick up where he or she left off. And they will thrive in an Aussie school. Their English will improve quickly. You’ll find the teachers kind and patient. Shorter school days. No monthly exams. And they’ll be with you and their new family, so what could be better?