Do you have a right to an Australian Visa from Philippines?

I use this phrase a lot: Visas are grants……not “rights”! I’m sure that a few of you can probably remember me saying this in emails, and maybe you were thinking that was my first time. No, not at all. And it certainly won’t be the last time I say this in regard to Australian visa grants. 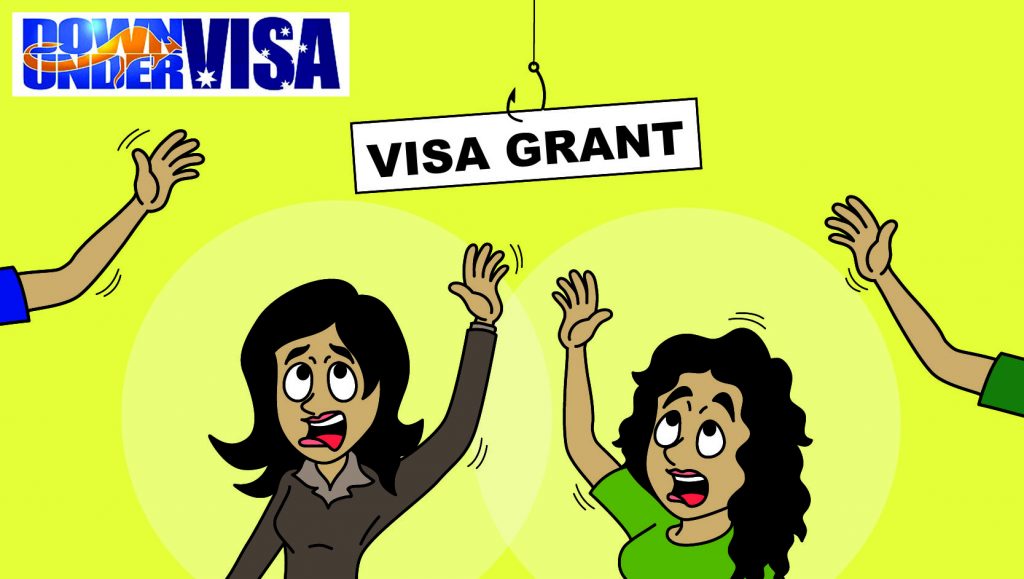 Maybe some think I’m backing away from a winnable fight, and maybe I should show some more bravado and put these Departmental people “in their place”. I heard of a Migration Agent getting into righteous indignation and telling a client he would “… have that Case Officer’s job!” for a visa refusal decision that the client didn’t like. Well…..no. No, it doesn’t work like that (and I’m sure the other Agent knew that too!)

Don’t get me wrong. Down Under Visa regularly go above and beyond the call of duty for our Australian Filipina couple clients. We don’t back away from tough cases, and visa grants matter! We don’t leave visa clients in a heap when things get tough. We’ve seen countless clients through to the other side of difficult situations they’ve found themselves in, and held many a hand and calmed many a frustrated sponsor about ready to toss in the towel. We do all that can be done in the pursuit of visa grants, but we choose our battles.

Again, the fact is you don’t have the right to bring anyone to Australia. You have no rights as an Australian to decide who may come through the Immigration gates at the airport and who may visit Australia temporarily (tourist visa) and who may live permanently (partner visa). None at all.

The Australian Constitution established that decisions about who enters Australia and who doesn’t rests with the Federal Government. The Federal Government established a Department of Immigration in 1945 at the tail-end of World War II, when the population was only 7,000,000 people. The catchphrase was “Populate or Perish”, and at that time concentrated on visas for British Citizens and white-skinned Europeans. Times change, thank goodness!

The Migration Act came into Law in 1958, and the Migration Regulations in 1994. The Department of Immigration’s various incarnations since then (now the Department of Home Affairs) and their delegates in the various Australian Embassies and Consulates around the world represent the Minister of Immigration when they make decisions about visa applications in accordance with those laws and regulations. They have the right and they have the duty.

How to get Australian Visa Grants

There is only one way to get a visa, and that is to put together an application that clearly demonstrates that the visa applicant has met the regulations set out primarily in the Migration Regulations for each visa subclass, because the “Regs” are what they make decisions against. Whether they like your handsome face or whether they think you make a lovely couple really doesn’t come into it when it comes to visa grants. People ask me quite often whether they (the Department) will have a problem with large age-gaps, and the answer is no they will not. There is nothing in the Regs about age-gaps therefore it would be unlawful for them to make a decision based on that factor.

But there are plenty of Regs that will only be met by those in genuine relationships, and they will certainly assess against those criteria. Some have a bit of flexibility, but most do not. This is not a “customer is always right” scenario. Maybe Kmart will give you a refund if you make a scene at the returns counter, but this ain’t Kmart! If your Australian visa application doesn’t make them tick all the boxes, they have no other option but to refuse. Jeff Harvie getting on the phone and yelling at them won’t change anything at all, which is why we don’t do this.

It’s a problem that the Department website doesn’t make this very clear. It appears like a set of options, or like scrolling through the Amazon online store and adding what you want to the “shopping cart”.

People ask us for:

And then later on, clients sometimes expect to be able to get away with a minimum of relationship evidence or without legally correcting official documents like birth certificates which contain incorrect information.

If we can accommodate visa clients, of course we will. We don’t say NO just to be difficult or because we want to make life especially easy for ourselves. We tell you in no uncertain terms when something is unlikely and especially if it’s impossible, and we do this based on a wealth of experience and a commitment to ethical practice. Setting you up for likely or almost-certain visa refusal is never in your best interests and we simply won’t do it.

So please follow our advice and heed our warnings, because Down Under Visa ALWAYS have your best interests on a very steady pillar in front of us.

Jeff Harvie is a Registered Migration Agent from Australia, but resident in Philippines since 2010 with his Filipina wife Mila and large extended family. Experienced with the Philippines culture, cross-cultural relationships and bureaucracy as well as Australian visas and Australian Migration Law, he writes with authority and fortunately with enough informality and humour that the average Aussie gets it!
Down Under Visa Clients – Which one are you?
All Saints Day and All Souls Day