Do I need to adopt the Filipino child?

Do I need to adopt the Filipino child? 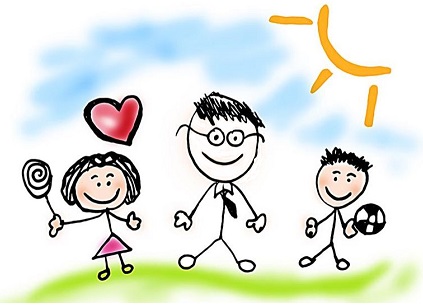 So first and foremost? Well done, gentlemen! And you ARE gentlemen for your chivalrous behavior. Well done again. Always a pleasure to see that good men still exist. Secondly? For what you want to do, it shouldn’t be actually necessary to go through the entire adoption process if what you want to do is to give the child your name so that people will see that you are functioning as a family with your wife and children from the Philippines and not as a “step family”.

Adoption is a long and complicated process, because of the permanency of it all. It effectively dissolves previous familial ties and creates new ones legally. An adopted child is legally no less your child than a biological child, and their ties are severed with any previous parents, siblings, etc. And because of that, it’s not done easily or taken lightly, therefore there are plenty of legal hoops to jump through to get it done. You can expect it to take years and cost plenty in legal fees, etc. Attempting to, say, adopt a niece of nephew from the Philippines is similarly a legal minefield.

In Philippines it’s fairly common to have “informal adoptions” or arrangements where a child ends up living with grandparents or an auntie somewhere due to convenience or because a particular bond develops. Maybe your wife has a niece or nephew who grew up in her household and is considered like a child of their own? Very common. However in the eyes of the law, this is not her child or her dependent, and it would be a waste of time trying to include the child in a visa application. And trying to get your Filipina lady to try to organize a legal adoption in the Philippines is no easier than it would be if you tried to legally adopt in Australia. Noble gesture, most definitely. But highly impractical.

Simple solution to changing the name of a child

In the Philippines, names of children are taken very seriously. Everyone wants to know who is “their blood” and who isn’t. I don’t get it myself, but yes it’s a serious matter here. Up until recently, a child born out of wedlock could not even take the name of the biological father. That’s since changed, but birth certificates still show if a child is “illegitimate” (which is a term I detest). However, it exists. And if you were living here in the Philippines and wanted to give your “step child” your name, you would need to go through a formal adoption process, which starts with living here for 3 years or more. And you could not choose the name the child used at school. They will only use the family name from the child’s birth certificate.

In Australia, so much simpler! At school, they will just ask you what name you want used for the child. If you want to avoid confusion and use your last name…..especially of value if you have your own biological siblings at the same school…..you just tell them to use that name, and they will. That’s just an informality, of course. How about to formally change the last name of your step-child to your own family name? Can it be done? Yes, and quite easily.

How to legally change the name of a child in Australia

Once the child is either:

You need to go to the website of the Department of Births, Deaths and Marriages in your state, and look up “change of name”. You will find a form you can download. You will need IDs, of course. Birth certificate for the child, proof of visa status, etc etc. and you’ll find they want proof of residence in that particular state generally for 12 months or more. The fee is Western Australia is currently $165.00, and I suspect it would be similar in other Australian states. So you fill out the form…..pay the fee…..send it in…..and you will get a change of name certificate for the child, and from that point on this is the child’s new legal name. Simple! And well done!

NOTE: This is a re-posting and update of an earlier post from 2016

Jeff Harvie is a Registered Migration Agent from Australia, but resident in Philippines since 2010 with his Filipina wife Mila and large extended family. Experienced with the Philippines culture, cross-cultural relationships and bureaucracy as well as Australian visas and Australian Migration Law, he writes with authority and fortunately with enough informality and humour that the average Aussie gets it!
Tourist Visa Cancelled - Something to avoid at all costs
Australian Visa Processing Time - and the Big Dusty Pile