Overseas Filipino Workers (or OFW’s) are those wonderful human beings who leave their homes and families and work in sometimes awful places in some strange countries in order to provide a better life for their families than what their own lives have been. And that means they miss out on a life with their families (often husbands or wives and kids as well). Most of them are the salt of the earth. Those who lay down their lives for others, as it were. 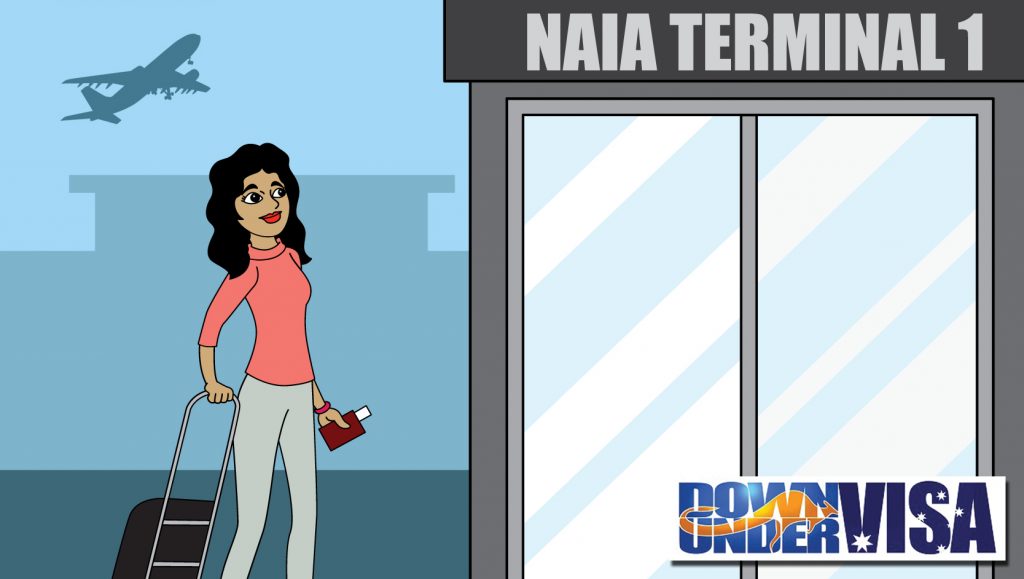 OFWs work in places like Singapore, Hong Kong, Taiwan, Korea, Japan, Malaysia and Brunei. And they work in the Middle East and in Europe, eg Spain, UAE (Dubai), Kuwait, Oman, Qatar and Saudi Arabia. They invariably do the jobs that locals don’t want to do, and a lot are domestic helpers (“maids” if you like that word). They are generally treated with little respect, and are paid much less than local employees would be paid. However the salaries are higher than they would be paid in Philippines for doing similar work, hence the reason for the sacrifice.

Now, these jobs are highly competitive. It can take time and money to get overseas placements, ie they could have been to several agencies and had to wait for years to get the job they now have. And it takes dedication and a very thick skin to hold onto these jobs and not to be fired and sent back. So OFWs are usually reluctant to let them go. This is a ticket out of poverty for many people, and the idea of just tossing such an opportunity away is fairly unappealing.

Are there issues for Overseas Filipino Workers when it comes to Australian partner visas? In most cases yes.

So why is this an issue? Local staff!

White people didn’t invent racism. It’s alive and well throughout the world. Australian Embassies and Consulates employ local staff in decision-making positions. Why? Wish I knew! It means if your Filipina lady applies for her visa in Hong Kong, it will most likely be a local staff member who makes decisions as to her visa application, and may even be the one who refuses it. Countries which employ “maids” for low pay are often those countries which have contempt for those they consider lowly.

So what it means is that they may get less than a sympathetic hearing in some countries, and this could affect the outcome. Some are OK, but some are shockers (which I won’t be listing here as we need to deal with them)! Manila? Full of Filipinos and Filipinas. They’re good and they’re fairly kind.

Employers not cooperative or sympathetic

My wife Mila worked in Hong Kong as an OFW when we applied. We had to hide the fact that I even existed, and certainly that she was applying for her Prospective Marriage Visa. They would have fired her immediately had they known. It took a fair bit of creativity to get everything done. Other countries have Consulates/Embassies that are open during the week whereas they only get Sunday off. And in some countries they take passports away from Overseas Filipino Workers. So what I means is it could be hard work to organise documents for a partner visa application, and you may risk the wrath of annoyed employers if they find out.

A few issues. Main one is that if the Overseas Filipino Worker wishes to include their Filipino children as secondary applicants to a partner visa, those kids need to be in the same country as mum when the visa application is lodged. If you apply overseas, it means you will be away from them for a few years until you can apply for a Child Visa for them.

Also? Chances are an OFW may not have seen her kids for a while if she’s been working overseas. If she goes from there to Australia, she misses a chance to spend some valuable quality-time with her children before going to Australia.

As I explained before, OFW jobs could have taken years of struggle to obtain in the first place. And they’ve usually taken years of hard work, sacrifice and loneliness to keep. And all this in order to support children, parents and/or siblings back in the Philippines.

You may or may not recall a BLOG article I wrong back in 2015 entitled “The Princess and The Worker”. If you haven’t read it, please click on the link before. You will find that most of the Overseas Filipino Workers are workers and not princesses.

What this means is that they:

I married a worker! No question about it! Used to sell food her mum cooked in the street before school from when she was 7 years old. Washed clothes for neighbours all throughout her school years. Worked in Taiwan and had been in Hong Kong (both times as an OFW) for 4 1/2 years when she first came to Australia. And did she like the idea of not working? Not one little bit! I gave her an ATM card and said “There’s the ATM. Use it!” No, she wouldn’t. “That’s YOUR money.”!! Fortunately she’s now busy with our business and with making our large and ungainly household function, or she’d be off selling lumpia or something!

What it means is that you need to understand her and realise that you saying “Quit the job, and I’ll support you!” is not going to be so easy for her to accept. Moving to Australia and being your wife is a bold step. This is also a hard one!

But to both of you? Australian sponsor and Overseas Filipino Worker visa applicant? If you’re committed to each other, better that you leave the job and return to the Philippines. We can process the partner visa while you’re here. No jobs or employers to get in the way. You can spend time with your family and/or your kids before you leave. And you will get a sympathetic hearing from Filipinas who will handle your visa application at the Australian Embassy in Manila. Much better all round!

Jeff Harvie is a Registered Migration Agent from Australia, but resident in Philippines since 2010 with his Filipina wife Mila and large extended family. Experienced with the Philippines culture, cross-cultural relationships and bureaucracy as well as Australian visas and Australian Migration Law, he writes with authority and fortunately with enough informality and humour that the average Aussie gets it!
David and Lesiel - Down Under Visa Review
Filipino Street Food - Jeff and Remy Talk