I’m Jeff Harvie and I’m a Registered Migration Agent. I manage visa applications here in Philippines for those Australian Filipina couples who want to be together, and that includes Tourist Visa applications as part of that process.

And I’m sure you know that of course I will say “Yes, you should get professional help”! Not very likely I’d downplay our value. And that’s not just because we need to earn a living. It’s also from our  vast experience over the years that it’s not always that “Simple tourist visa” that you imagine it to be. So the question is, should you apply for your own tourist visa or should you avoid the risks from not using a professional? 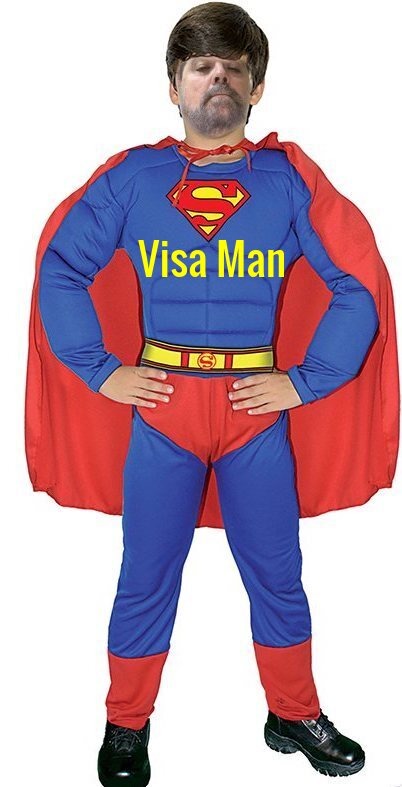 I’ve written extensively about this in other articles, and the true reasons-why it happens. Visa refusals are delivered in the form of a template “decision record” which is rarely what it seems. If you understand the Migration Regulations as a professional does, you know what the words really mean.

No, it’s not about having a job or money in the bank, or spelling out the “reasons to return”. It’s about them being satisfied that the applicant is a “Genuine Temporary Entrant”, and doesn’t have a sinister intent in visiting. A genuine visitor won’t break the rules inside Australia on the tourist visa, and will return at the end of the stay. They won’t prove to be a pain in the bum to the Australian Government, in other words.

And how do we convince them of this? This is where experience comes in. We know how to present your case! If you were refused, most of the time it’s NOT because she is unemployed and doesn’t have a well-stocked bank account. Hardly any of our successful visa applicants DO have these things! Most are unemployed and have no money, yet we never see than as an obstacle in itself. No, you were refused because you didn’t manage to convince them. Again? This is where our extensive experience and runs-on-the-board comes in! And that comes from managing thousands of successful applications, rather than 1 or 2.

That’s the other reason!

I think I’ll repeat that one…..

Issue comes about when we prepare and lodge a partner visa, and we need it to be absolutely consistent with that last visa (or two, or three) that you lodged yourselves.

Know what we find sometimes? Disaster!

Before you get your backs up and say “I would NEVER do such a thing!!”, yes most people never intend to do that, but sometimes it happens due to not having a sharp eye looking over the application, and not knowing what to look out for. Experience, once again!

Sometimes you simply misunderstand a question and don’t know what exactly they’re asking of you. And maybe to you it’s something meaningless. But you would be amazed at what some people add incorrectly or leave out because they think it will influence the decision of the Case Officer. Maybe you didn’t realise, or maybe you simply forgot to put something in that mattered. This can lead to serious problems, which will be explained later.

A definite disaster! Maybe you misunderstood the question, and maybe you didn’t double-check? I’d like to think you have no intention to defraud the Government with some wrong information, but I like to think the best of my clients. You were wise enough to engage Down Under Visa as your Registered Migration Agents, so you must be pretty smart! But plenty of people make false statements thinking this will swing the visa application in their favour. If they suspect this of you, the visa application will be refused!

Horrible disaster, and one which I would say Good Luck to you trying to explain why! Maybe the document was a forgery and you didn’t know the nice lady in the Government office wasn’t really helping you as much as she claimed she was? Or maybe there are spelling errors or other wrong data on the form, all of which makes it bogus? Heading for a refusal!

Something nasty called PIC 4020. Public Interest Criteria 4020. Regulation 4020 of the Migration Regulations. False statements, false statements DUE to omissions, and bogus documents. These can and will invoke PIC 4020.

What does it apply to? The new Onshore Partner Visa that you worked so hard on and spent so much money on! THIS will be refused, and you will have to wait three years before you can apply again for a visa! That includes tourist visas to visit. No refunds. Fees are swallowed up and will not be returned. And your relationship is virtually on-hold for the next three years!

So do yourself a favour and don’t take the risk of refusal of both the tourist visa itself and especially of the partner visa application to follow! Poor economy, if you ask me!

NOTE: This is an updated reposting of a useful BLOG post from March 2020

Jeff Harvie is a Registered Migration Agent from Australia, but resident in Philippines since 2010 with his Filipina wife Mila and large extended family. Experienced with the Philippines culture, cross-cultural relationships and bureaucracy as well as Australian visas and Australian Migration Law, he writes with authority and fortunately with enough informality and humour that the average Aussie gets it!
Kim, Nice and Chance - Happy Down Under Visa Clients give a testimonial
Philippines Election 2022 - And other Down Under Visa News May 2022