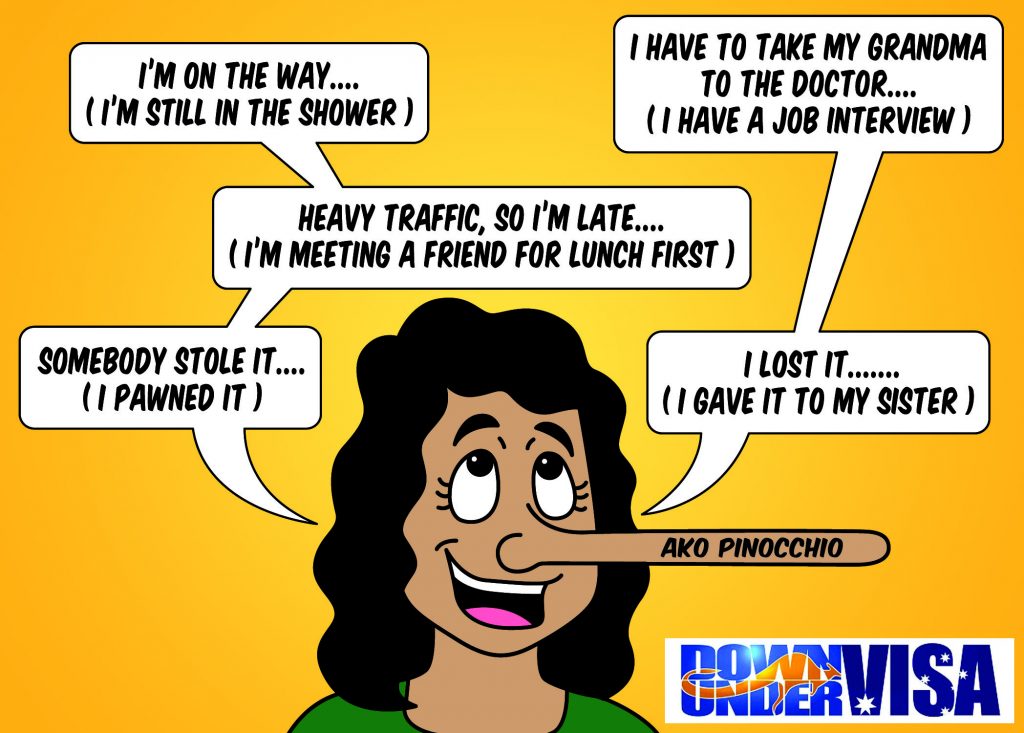 White lies are common in the Philippines, and this is part of Filipino culture that Australians in Australian Filipina relationships need to get used to and to adjust to. Australians are fastidious about telling the truth, and tend to get very annoyed when others don’t do this. We often see this as a sign of dishonesty, whereas it’s intended more as a way of not embarrassing or hurting the feelings of the Filipino telling the white lie and/or to avoid embarrassing the receiver by telling them something confrontational.

Australians see directness and uncompromising truth as being a quality and an expectation. Filipinos see it as scary, confrontational and bad manners if it causes any form of embarrassment, disappointment or hurt feelings. Aussie hears something and thinks “OK! There’s my answer!” Filipino thinks “They probably just don’t want to tell me because they’re embarrassed, and that’s OK.” Both trying to do the right thing, yet sometimes knocking heads together.

Filipinos are always concerned about social harmony. Whether somebody will get offended by a straight answer, or whether it will cause embarrassment to the one answering or to anybody else involved. The answer is usually the nicest thing they can come up with at the time, and to most Filipinos it’s just the right way to handle things. They’ve grown up that way.