Finishing school in Philippines….or not?

Finishing school in Philippines….or not?

“She wants them to finish schooling in Philippines!”

“My mother wants them to finish schooling…….”

These are common reasons for Filipino children NOT being included as migrating dependents (aka “secondary applicants”) in Australian partner visa applications. 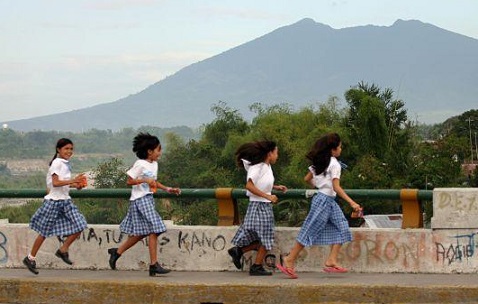 It’s different. Very different! There are certain things they are extremely strict about, and one of those is the need to finish one school year before going onto another. And without passing the current school year, the child doesn’t go onto the next year.

And the school year here is different to the Aussie school year, which ends before Christmas and starts again 6 weeks later sometime around the end of January depending on which state you are in. In Philippines? No. It ends around the end of March, and it starts around the beginning of June. Northern Hemisphere summer holidays, American style!

If a child misses out on, say, the last month of school in any given year, they will fail that year and can’t move up to the next year. They will in fact repeat that year! In Australia they always threatened us with repeating, but it practically never happened! Here, they could repeat 3 or 4 times. Very strict!

And trying to move on to another school in the Philippines, without a Form 137-e (elementary school) or a Form 137-a (high school) saying that they passed that year, they can’t be re-enrolled. And thus, part of the worry about changing to a school in Australia!

We brought our daughter to Australia many years ago when she was 9 years old. I can’t even remember what grade she was in at the time, but it was late November I think. She settled in for a few days, with me trying to convince her not to be scared of aswangs and other various spooky things she thought would come in the window at night (another story). Then we went down to the school to meet the principal.

The principal was a wacky-looking lady with red hair, brightly coloured clothes, etc, and a big welcoming smile. “We were thinking she should start at the beginning of the next year”, we said. “No, not at all!”, she replied. She felt she would worry about it all over the holidays, and better to just get started. “Bring her in tomorrow!” Had her fitted for a uniform. And next day we brought her in.

And that was it! We collected a happy kid at the end of that day. 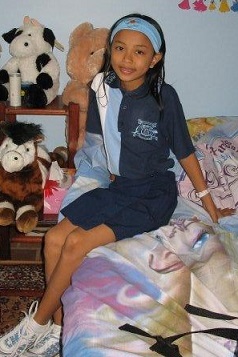 Did they care whether she had her 137-e? No, not at all. What year? They sat her down and got her to do an assessment. Grade 4! Next year, Grade 5. If she hadn’t been up to it, they would have kept her back probably. And if she caught up, they could have easily shifted her up a grade later in the year. No big deal! Australian schools are not strict, and are fairly user-friendly. There is absolutely NO reason to keep a child in the Philippines away from their mum, new dad and new life!

Reasons why the child/children should go to Australia

*I’ll expand on Point 6.  We see the children left behind in the care of other relatives while their parents are living/working overseas. THESE are the kids who get into trouble! Grandparents, uncles and aunties are NOT as good as parents! Yes, they love them, but it’s not the same. Generally they all take turns doing a bit of parenting, but with a mum and a dad the buck stops with them! The kids who rebel…..get into drugs…..get pregnant….these are rarely the kids who have a mum and a dad at home taking great care of them. They are the ones who have uncles and grandparents who don’t know where they are most of the time.

So please stop worrying about school. Give your kids a mum and a dad and a great new home in Australia. Instant family is wonderful too!

And Down Under Visa do NOT charge professional fees for adding kids to spouse or fiancee visas.