In the eyes of Australian migration law, you may apply for a Subclass 309 or Subclass 820 partner visa based on: 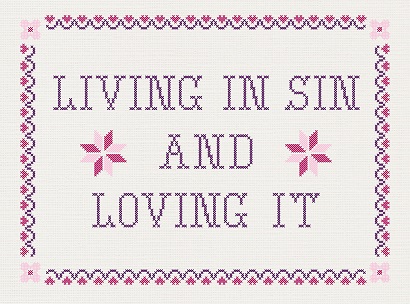 Why do couples choose the de facto option?

Most don’t. Filipina ladies are generally great believers in marriage, and most men who look for Filipina ladies do so because they also have a belief in family values and seek out ladies who feel the same. So by far the vast majority of our clients choose the path of marriage.

Those who don’t? In most cases it’s due to one of two things:

The other type are those who simply don’t want to marry for personal reasons.

Issues to think about before entering into a de facto relationship

What can go wrong?

There are issues that occasionally come up, such as permanent resident visas (13a) for those who wish to settle here. You must be married or you simply won’t qualify. And no doubt there would be other legal issues which I haven’t investigated, because there is one major issue that I want to make clients and prospective clients aware of:

Child custody laws in the Philippines

Article 176 of the Family Code of the Philippines states: “Illegitimate children shall use the surname, and shall be under the parental authority of their mother….”

No, I don’t like the term “illegitimate children” either, but that term is still used here. It means any child born out of wedlock, ie. born when the parents are not married. This will apply to children born from de facto relationships! The kids shall be under the parental authority of the mother! The father of the child has no custodial rights at all.

So that means you can have children here, and if she says that you can’t see them? Nothing you can do. And if she marries a man in another country and wants to take your kids with her? She can do as she pleases, and you have no say.

And guess what else? Under Articles 164 and 167 of the Family Code of the Philippines, if you father a child with a woman who is still married, the child may seen as “legitimate” and as children of the existing marriage. You may have to prove that the child was not the child of the ex-husband under Article 166 of The Code.

You can also be charged with adultery! Yes, adultery is a crime here.

Note that we are not Philippines attorneys and are not giving reliable legal advice that you should make decisions based on. If you find yourselves in legal difficulties, please consult an attorney here in Philippines and discuss your case. We merely wish to make you aware of the downsides and the risks of being in a de facto relationship here and of having children together.