Filipina wife or girlfriend – Why does she need a visa to Australia?

Filipina wife or girlfriend – Why does she need a visa to Australia? 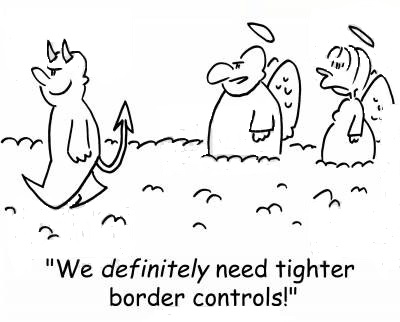 Well, obviously I can’t change things (and the client knew that too). Registered Migration Agents can prepare and manage a brilliant visa application for you, but we have no power over what’s set in law. And everything to do with visas and who is or isn’t allowed into Australia is governed by laws, written in parliament and voted on by those find upstanding representatives that we all voted for.

Australia requires visas to enter, and that applies to everyone except those who are Australian Citizens. Everyone else needs a visa. It’s not something that’s aimed especially at third-world nations. English people from Great Britain also require visas to visit Great Australia. So do Americans. It’s not just levelled at the Philippines. Granted, yes they can apply for Electronic Travel Authorities (ETA’s) rather than standard Tourist Visas like a Filipino has to apply for, but they are still visas and they can still be refused. Take some recent cases of white supremacists and gun-totin’ rap “singers” who were excluded. That’s right! Visa applications refused!

There are countries which are considered low-risk, such as the US, the UK, Canada, most of Europe, Scandinavia, and rich Asian countries like Japan and Korea. These countries allow Electronic Travel Authorities and will have arrangements where their citizens can apply for Working Holiday Visas (ie backpacker visas). And these are reasonably easy to get. ETA’s are ordered online, and take a few days.

But note that they are still visas. They can still be refused, and yes they do. NZ Citizens are issued Subclass 444 Special Category Visas when they arrive in Australia, however if they are undesirable biker types, they can also be excluded.

But those countries which are considered high-risk, they are not able to apply for those easier visas and yes, they are subject to higher levels of scrutiny due to the risk.

Immigration risk? Risk of what?

My standard humorous response to those who ask why it’s tougher to get into Australia compared to the Philippines is this: If there were no visa requirements, the Philippines would be empty by about this time next week! Planes would resemble trains in India, with people sitting on the wings. 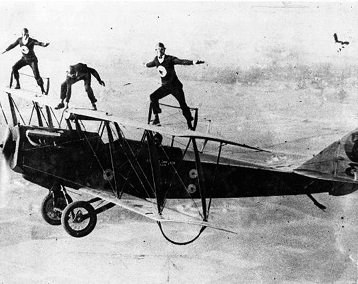 Not QUITE what I meant!

Life is tough in the Philippines if you’re not wealthy, and that means for most of the country. Somebody working in an SM here earns about AUD$200.00 a month. Someone working in Big W in Australia earns that in less than two days. So the temptation to run off and work for cash money under the radar, it’s very tempting. Even getting away with it for 6 months could mean a huge amount to the family back home. People sneak in now even as it is. Imagine what it would be like without visas?

Do people overstay? Yes, all the time. We’ve come across those who’ve entered on tourist visas, sometimes with fake passports and fake names, and always with a dodgy story. Men have been taken advantage of. Family members have assisted the overstayers to get into Australia in the first place. Some of them stay for years, working in the black economy and not benefiting Australia one little bit. Some have got involved in selling drugs. Some get involved in prostitution.

And it’s for reasons like this that there is a requirement for visas. And it’s for reasons like this that they scrutinize visa applications so closely, and it’s because of this scrutiny that we at Down Under Visa put so much effort into getting information and paperwork from you as part of tourist visa applications (and any visa applications at all). If you are genuine visa applicants with a genuine relationship and a genuine reason to want to spend some time together in Australia, then we need to prove that your Filipina lady is not preparing to breach visa conditions and overstay in Australia. They don’t know either of you from a bar of soap, and this is why we need to prepare a crystal-clear picture of you and your situation so the Case Officer at the Australian Embassy in Manila will find it easy to make a decision hopefully in your favour.