OK, your relationship has ended. Now what? What happens to your Australian Partner Visa application?

Please note that if your relationship breaks up and there is sponsorship withdrawal, Down Under Visa can’t represent or help either of you. We can let you know legally what you have to do, but we cannot take sides and we can’t specifically help either of you beyond the very basics.

Usually it’s the sponsor who contacts us when a relationship breaks up and says “What do I do?” We explain what they have to do, which (if you’ve been reading your BLOG articles you will know) means you have to withdraw your sponsorship officially. Must do it. No choice. 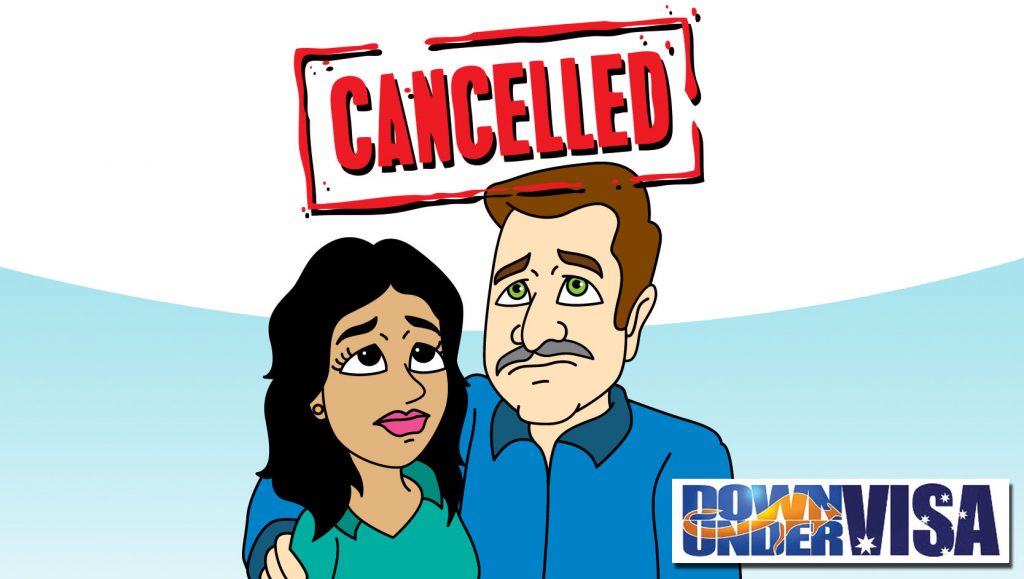 The other question the sponsors (usually men) ask is “What will happen next?”

After the Partner Visa Sponsorship Withdrawal

Yes, correct terminology. YOU don’t cancel her visa. YOU don’t send her packing and toss her out of Australia. What you do is you withdraw your sponsorship of her visa application and the Department will take it from there. And if there are no extenuating circumstances, yes in time the visa will most likely be cancelled and she will need to leave.

And once you do this? We can’t help either of you! Why? Because we acted for BOTH of you, which means we have a conflict of interest if we try to take one of your sides against the other. So I will back off. If you need further advice, I can refer you onto a Registered Migration Agent / Lawyer who is very good at this area.

The issue for the Department (and for those Partner Visa applicants who wish to remain in Australia) is whether there are some exceptional circumstances which would allow them to grant the visa despite there no longer being a sponsor.

If the sponsor dies

We’ve had some sad cases where this has happened. We’ve also had it happen before the application has been lodged, and there is nothing we can do about that. No sponsor at the beginning of an application, this means that any application will be invalid.

However if the application was actually lodged, yes there’s a good chance we can help to get the visa application granted. We had one recently, and mum and kids are now Australian permanent residents.

We can help if:

If the relationship ends and there is sponsorship withdrawal

If the sponsor withdraws sponsorship of the visa applicant in a partner visa application, is there any way she can remain in Australia and avoid visa cancellation?

This is the unpleasant topic that we would all rather avoid, however it happens and the Australian Government has a distaste for the idea of tossing an applicant out of Australia because they suffered abuse, known as “Relevant Family Violence”. Note that this means:

….conduct, whether actual or threatened, towards:

(a)  the alleged victim; or

(b)  a member of the family unit of the alleged victim; or

(c)  a member of the family unit of the alleged perpetrator; or

(d)  the property of the alleged victim; or

(e)  the property of a member of the family unit of the alleged victim; or

(f)  the property of a member of the family unit of the alleged perpetrator;

that causes the alleged victim to reasonably fear for, or to be reasonably apprehensive about, his or her own wellbeing or safety.

It’s not about arguments or disagreements. It’s about threats to wellbeing or safety toward the applicant or family members (eg children) or property of the visa applicant.

Australia takes a dim view of domestic violence, and no one has to tolerate it. No victim, female OR male (yes, there are male victims too) has to tolerate being in an unsafe situation from an Australian sponsor who gets to hold fear of deportation over their heads. And I hope that any genuine victim who reads this contacts the police immediately, as this is the first port of call.

There is a perceived fear out there about ladies trying to play the system and making false claims of family violence which will ensure they get to remain in Australia as permanent residents and also may get their husband into trouble. What if she tells the police that you threatened to kill her, and they believe her? Does she get a visa and could you be locked up?

Again, a clear disclaimer here. I am not an expert in this area. I fortunately haven’t seen too many family violence cases, and those I do I pass on to real experts. And I would implore you to seek expert advice before acting.

I suppose from observation I could say that yes this sort of thing happens, as there are sneaky and scheming people out there. When a relationship breaks down? My experience tells me there are never any “bad guys”, and both sponsor and applicant are as innocent as the freshly fallen snow in their explanations. However the other party in contrast is always the devil incarnate! The other party is the worst human being on the planet, and the fault is entirely theirs! Someone is always lying!

So honestly, I’m not that unhappy that I can’t get involved any further because if you were both so perfect then you wouldn’t be coming to me! And trying to work out who’s trying to manipulate a situation by making false or exaggerated accusations and who’s trying to cover up their own unpleasant behaviour? Not in my skillset.

But my understanding from colleagues who do specialise in this area is that unsubstantiated wild stories with no evidence to back them up, almost never get the desired results. Yes a manipulative applicant can convince a social worker to write a report stating violence that never happened, but if there is no backup evidence (which would exist if there was a real case!) then it won’t convince the Department. There is detailed process and an evidence-trail to go through, which your new Registered Migration Agent can guide you with.

And they also need to believe that the relationship was otherwise genuine and that you have an otherwise strong case leading up to the alleged violence occurring. If your application was otherwise not likely to be successful, then the existence of family violence won’t change that.

As for any other legal issues surrounding relationship breakups? Please see a lawyer and get some reliable guidance rather than talking to your friends! Watch out for “experts” and watch out for troublemakers!

Jeff Harvie is a Registered Migration Agent from Australia, but resident in Philippines since 2010 with his Filipina wife Mila and large extended family. Experienced with the Philippines culture, cross-cultural relationships and bureaucracy as well as Australian visas and Australian Migration Law, he writes with authority and fortunately with enough informality and humour that the average Aussie gets it!
Filipino Street Food - Jeff and Remy Talk
Government Visa Fee Increases - 1 July 2019